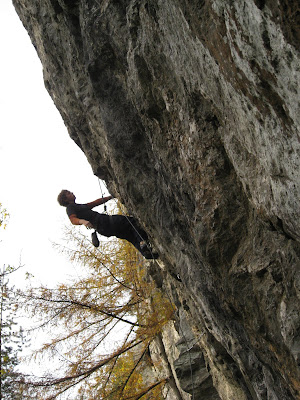 I spent last Thursday Friday at upper cave climbing on remarkably dry rock, considering it was pouring down both days. I was joined for a sports climbing sessions by super strong British Team Kids - Jonny 'always moaning' Field, Natalie 'Fajita Wrapper' Berry and Robbie 'man sized power scream' Philips. Robby had already ticked everything at the crag, so was psyched to just get some training in on the rock. Nat and Jonny, however both had their eyes on ticking some of the local classics.

As always with these two, I was blown away with how easy they made everything look. Nat climbed here briefly when she was about 2 and a half & Jonny had never tried any of the climbs before! They started off by making light work of Hammish Teds, both flashing (Nat Retro)it with ease. Nat had tried the route about 56 years ago, but could remember nothing about it. They then moved on to the crag classic - Marlena. Nat got very close to flashing this route, cruising the technical crack section only to be denied the flash on the last move across to the chains. She then swiftly dispatched it with ease on her 2nd go. Next was Jonny 's go and he didn't disappoint! He made swift work of the crack section and after some aggressive snatching up the presses near the top he found him self clipping the chains. Not bad effort flashing your first 7c at 15. Especially considering the technical nature of the climb! 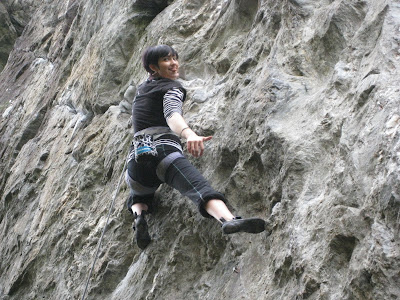 The 2nd day was spent on Silk Purse with both Nat and Jonny making good progress. Both look like they will tick the route next time they visit. We then finished off with some bouldering action at the base of the crag. 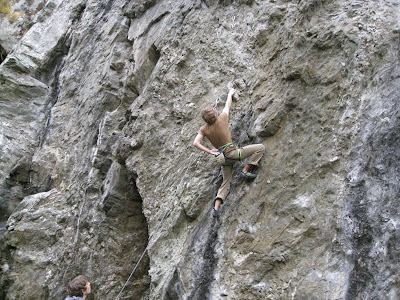 Finally I was treated to some rather unusual chat on the journey home. The 3 youth spent 50minutes (yes that's 50 minutes!) playing a word game that basically consisted of them speaking, but replacing the first letter of each word with a B. I spent 45 minutes testing my will power as I resisted the temptation to drive in to on coming trucks, just to make them stop! I am sure when I was a teenager, I had more interesting things on my mind than word games!!!!!!!!!!!!! 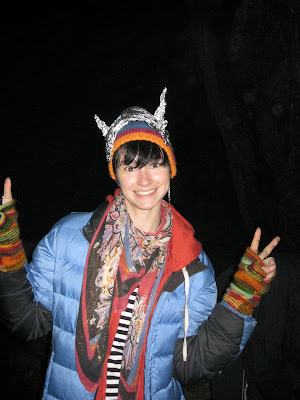